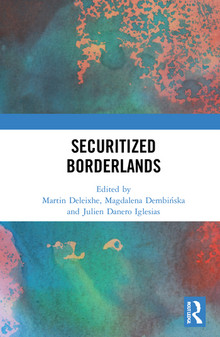 SYNOPSIS : Borders are both a door and a bridge. Because they are operating at a critical juncture between security expectations and intense cross-border exchanges, they appear to be Janus-faced. To some, they are demarcating lines that call for extensive protection and a regime of strict closure. To others, they are a gateway to transnational opportunities and their opening should be carefully but liberally managed. The very same paradox affects the regions located alongside borders, that is the borderlands or frontier zones. Borderlands can be simultaneously depicted as epitomizing the growth of mutually beneficial transnational ties and as offering a privileged but bleak glimpse into the importation of international threats into domestic politics. Partly due to the discrepancy between their premises, borderlands studies and security studies have virtually no dialogue. Security studies remain focused on the discriminatory function of the border while borderlands studies document the social dynamics of cross border societies.

Against this backdrop, the ambition and originality of Securitized Borderlands lie in its aim to theoretically and empirically fill the gap between security studies—that remain focused on the discriminatory function of the border, and borderlands studies—that document the social dynamics of cross border societies.