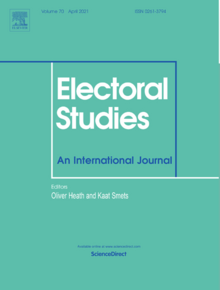 RÉSUMÉ : The expectations of voters regarding election outcomes appear to be mostly influenced by their own political preferences. This raises two important questions. First, once partisan predispositions have been accounted for, how much do other variables like interest in the campaign, election news attentiveness, political knowledge, education or competitiveness help to explain one’s ability at predicting election outcomes? Second, does one’s level of sophistication moderate the link between political preferences and forecasting abilities? To answer these questions, I mobilize data from seven elections taken at the district and (sub)national levels. I also introduce a new measure of forecasting ability—the cumulative Brier score index. In most cases, variables other than preferences and knowledge have little or no influence on the accuracy of voters’ expectations both at the (sub)national and district levels. Political knowledge is positively associated with citizens’ forecasting abilities; however, it does not appear to moderate the preference–expectation link. This result contradicts findings from existing work and holds important implications for the study of citizen forecasting.